Protests erupt in Ejura over the murder of #FixTheCountry campaigner [PHOTOS]

by admin
in Crime, General

Following the sudden murder of Kaaka Anyass Ibrahim Muhammed, some residents of Ejura in the Ashanti Region have been marching through the principal streets of the town to register their displeasure.

The demonstration started late Monday after news broke that Ibrahim Muhammed had died while on referral at the Komfo Anokye Teaching Hospital (KATH) in Kumasi.

The deceased, believed to be a sympathiser of the Economic Fighters League and #FixTheCountry movement, died after he was allegedly beaten to a pulp by some unknown persons in the early hours of Saturday, June 26, 2021, in front of his house.

His family says he was threatened prior to the attack because he has been highlighting some pertinent issues within his community.

Wearing red armbands and scarfs, the protesters also besieged the Ejura Police Station as they urged officers to speed up investigations into the matter and bring the culprits to book.

“The police officers know them [the suspects],” one of the protesters said. “He had been receiving death threats for his activism on the refuse dump situation. He was being forced to stop pointing out the ills in this area. We are unable to name them but we will revenge if the police fail to arrest them.” 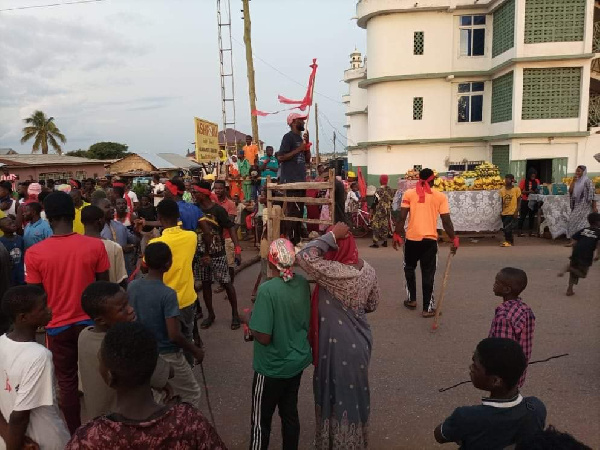 Another said: “What have we done to deserve this? The police should use the death threats he received as evidence to get the suspects. Our safety cannot be guaranteed.”

A vehicle belonging to one of the officers got damaged during the chaotic scenes at the police station. The lighting system at the charge office also was not spared.

It took the intervention of the Chief of the area, Barima Osei Hwedie II, who invited the demonstrators to his palace urging them to remain calm and have confidence in the police. 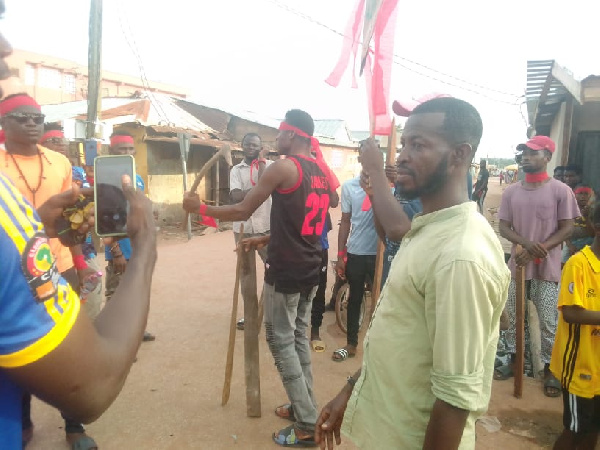 His shouts for help drew the attention of some residents of Sabonline, a Zongo community in the Ejura township, but they came in late to find him lying unconscious.

After assessing the degree of injuries sustained, he was referred to the Komfo Anokye Teaching Hospital.

According to the family of the late Ibrahim Muhammed, he had been using social media to highlight challenges within Ejura, particularly, abandoned government projects that he believes deserved attention from state actors. 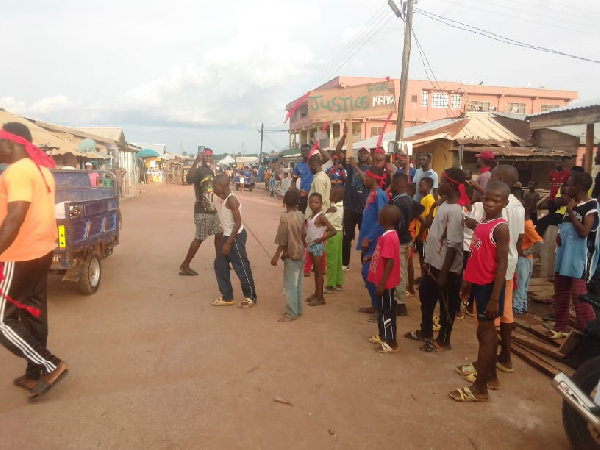 They believe this action may have influenced some persons to attack him since he had been warned by unknown persons before the attack.

Meanwhile, the police are on a high alert to protect life and property. They are, however, appealing to the public for credible information leading to the arrest of the culprits.

“Demonstrations can’t solve the problem,” said Divisional Crime Officer ASP Emmanuel Kyei. “But if they have any vital information, they should be prepared to divulge such with the police and as professionals, we will be able to work on it.”

“We are ready and prepared to expose those people so they should also assist us with information,” he further added.

#FixTheCountry Demo: Here are some placard messages protesters have for President Akufo-Addo

Election petition: Why Rojo Mettle-Nunoo did not testify for Mahama [Listen]